Recently, on the Internet I have come to such a beautiful picture with the caption under it: 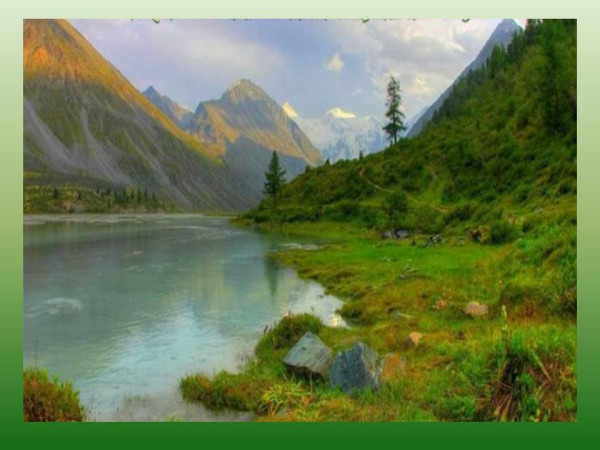 Before, people were closer to the earth. They understood the language of rain, plants and the Great Creator. Even they were able to speak to the inhabitants of the sky and the stars. At that time the world was in harmony, and everyone was happy,
And then people began to forget who they were. Lost touch with each other, with nature, began to aimlessly wander the roads of destiny. Detached, began to fight for a place on the Earth and to defend against those forces, which gave them life and showing the way to the truth.
We should recall our inextricable link with the environment and to understand that the processes occurring on the planet now, have an impact on our life and health. As well as our state affects the Earth and even the Universe.

The fact that everything is interconnected, and/or «the world consists of interconnected structures...» is somehow or other known to the humanity for a long time through his best representatives – such as philosophers, thinkers, scientists...
There are sayings which firmly passed into the languages of different peoples. I will cite one of them: «As below, so above» - i.e., both outside and inside...
And here is a good illustration of this truth, which is also very opportunely, caught my eye on the Internet: 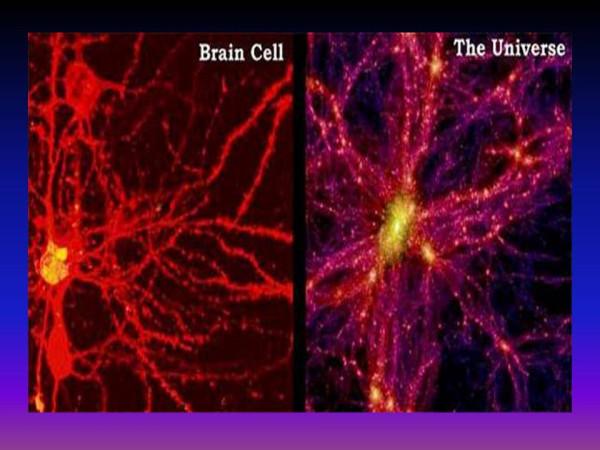 NEURON and the UNIVERSE

The figure on the left shows three neurons and connections between them. Picture is taken by Mark Miller, a scientist from the University of Brendeysa. Mark explores the connections between neurons.
The figure on the right is the picture of the universe, made ​​by a group of astrophysicists. This is only a portion of the visible Universe, and it contains billions of galaxies and other celestial objects.

Also according to the Teachings of Grigori Grabovoi all our physical body - is a control system, and each of our internal organs corresponds to some macro area in outer space, so our health does affect the whole Earth and even the Universe. And vice versa - everything that happens on Earth and in the Universe affects the body of each of us, for example, after every man-made or natural disaster in people there occur changes at the DNA level.
Therefore, working on self-recovery, we are also working for all the people - all the humanity - and in general for all the external objects of the reality.

In this, too, there is nothing new to those who know, for example, such a philosophical term, as sobornost (originally - spiritual community of many jointly living people - in relation to the Russian village community; later – broader concept – the way of life, complex moral-ethical norms within the community). It is known that such a major philosopher and thinker as Nicolai Berdyaev understood sobornost as a circular mutual responsibility of all people for everybody, each one for the whole world, and where everyone can be saved only with the whole world...

It is remarkable that working on our goals and objectives according to the Teachings of Grigori Grabovoi, initially we always make as a goal - «Salvation of everybody from possible global catastrophe», because it is only through the salvation of everybody it is possible to get a result on our private problem. This is one of the necessary conditions under which private task leads to a positive result. Thus any problems can be solved and not only related to health.

Generally all the practices given by Grigori Grabovoi are universal, i.e. they can be used in different fields of activity.

For example, I remember a question asked by one of the listeners to Grigori Grabovoi at the seminar «Three positions of consciousness structuring. Prevention of possible global catastrophe. The self-recovering. Events control directly from one`s Consciousness». The question was - «is it possible to learn foreign languages with the help of your methods?»

When answering Grigori Grabovoi said that he used to give a full-time course of a foreign language in 3 days to the pilots when they were transferred to other aircrafts, and it would work. But it was not an end in itself. It was necessary for salvation, because if the pilot does not understand the air communicator, the aircraft may fall. So if, for example, mastering a foreign language is needed for tasks not connected with salvation, but for tasks such as the achievement of any goals, then we must try to make this goal such a way that it would be saving for everybody. Then you can master the course externally. Because Grigori Grabovoi gives the technology precisely of salvation and if you connect your goal with the salvation of everybody, it works, the goal is achieved.

As an example, Grigori Grabovoi remembered his student, who quite clearly controls the quotations on New York oil exchange, absolutely. Simply, she found the meaning of her technology in the fact that she ties these quotes to the tasks of universal salvation. If you find this mechanism you can control any process quickly and including, for example, the study of foreign languages.

Here I can give one example from my own practice, when I did the same thing – I tied my personal goal to the goal of universal salvation and it worked. In 2006, I decided for myself that I need to get a job as a teacher in one of the prestigious Universities. Firstly, because it was my childhood dream - to study there, secondly, because I wanted to improve my qualification, to improve knowledge of the language. I formulated the goal - I want to teach at this University in order to propagate the Teachings for universal salvation. After that, I selected the faculty, found on the website of the faculty the head of subdepartment of foreign languages and went to her. There were no obstacles. And since 2006 I started working there and worked for 5 years. And after 3 or 4 years in the backstage conversation with one of the teachers I accidentally found out that the head of subdepartment never hires anybody without any pull or family backing. I said that I had neither. I just came as a nobody and was hired. Person I was talking to looked at me with round eyes – that couldn`t be! And then I perceived it as the norm.

That is, if it turns out to connect your goal with the goal of universal salvation, then you can control any process... and by changing yourself, change the world, of course, only for the better...